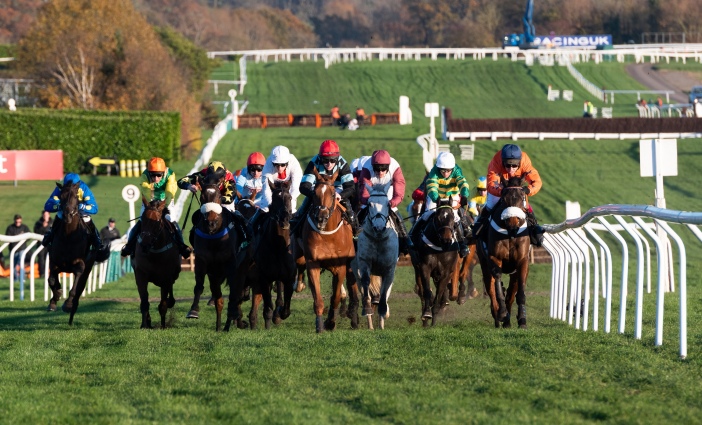 First of all thank you to everyone who follows this blog and to those whom put their faith in the selections. Thank you for the interest, support, likes, retweets, comments and much more over the last few months and, for some, years. It’s nice to see so many familiar faces doing all of the above, as it suggests that I must be doing something right!

I’ve always enjoyed the blogging and have been encouraged by the support that I’ve received. However, times are changing and I’m not sure the written word carries as much sway as it once did, which means there’s a summer of contemplation ahead.

Getting back to the point, I’m pleased to say that we enjoyed yet another profitable Cheltenham Festival with an overall profit of +42pts (+283.65pts since Cheltenham 2019) with on the days losses of -22.5pts wiped out by antepost profits of 64.5pts, thanks mainly to the victories of Bob Olinger (25/1 & 16/1) in the Ballymore Novices’ Hurdle, Sir Gerhard (20/1) in the Champion Bumper, Chantry House (25/1) in the Marsh Novices’ Chase and Minella Indo (14/1) in the Cheltenham Gold Cup.

The Bosses Oscar ran a fine race under promising conditional jockey Jordan Gainford. While the Skelton brothers were arguably a shade unlucky with Nube Negra, whom may well have triumphed had he not encountered traffic problems up the hill.

Ballyadam lost any chance when making a significant error at the penultimate flight of hurdles – although it’s hard to imagine that he would have beaten Appreciate It regardless – and A Plus Tard ran a mighty race but couldn’t reel in his stablemate Minella Indo, whom thankfully was also running for us.

Blue Lord (33/1) would have claimed place money had he safely negotiated the final hurdle in the Supreme Novices’ Hurdle. While One For The Team (20/1) The Storyteller (10/1) and The Glancing Queen (10/1) all finished fifth in their respective races, narrowly missing out on a place.

Embittered (25/1 & 16/1) was supported into 9/2 favouritism for the Grand Annual and was still travelling strongly when falling at the ninth, and it was frustrating that connections decided to sidestep the Cheltenham Festival with fellow handicap selections Conflated (14/1 into 8/1) and Time To Get Up (14/1 into 4/1), whom were backed for the Paddy Power Plate and Kim Muir respectively.

The former won at Naas on the Sunday before Cheltenham. While the latter landed the Midlands Grand National at Uttoxeter on Saturday. However, it may well have been a blessing in disguise as Conflated didn’t jump with too much fluency at Naas and Time To Get Up needed every yard of the 4m2f trip at Uttoxeter, therefore getting our money back (NRNB) may well have been the best result.

It was slightly painful to watch Black Tears land the Grade 1 Close Brothers Mares’ Hurdle having advised her at 33/1 for the Coral Cup. And we also lost a 12/1 ticket on Ferny Hollow for the Supreme Novices’ Hurdle, which looks a massive price in hindsight given how stablemate Appreciate It boosted his Champion Bumper form and Bob Olinger advertised his maiden hurdle form last week!

Indeed, we were certainly unlucky on the injury front as Thyme Hill (20/1 into 10/3) and Lieutenant Rocco (18/1 into 11/2) were ruled out of their intended targets (Stayers Hurdle and Ultima Handicap Chase) just days before the Festival began and, given how those races shaped-up, I’m convinced that both would have had very strong chances.

Such are the perils of antepost punting!

I was amazed to see just how many people have followed the antepost selections this year and I was pleased to hear from many followers whom showed profits as a result. I love antepost punting and it’s certainly proved lucrative over the last three years with profits of +107.75pts in 2019, +67.5pts in 2020 and +64.5pts in 2021.

I would just like add my congratulations to Henry de Bromhead and Rachael Blackmore, whom both made history in the Cotswolds last week.

Henry landed the ‘Holy Trinity’ consisting of the Champion Hurdle, Champion Chase and Cheltenham Gold Cup (on the same week). I was lucky enough to meet Henry at Cheltenham a few years ago and he was a true gentleman. I couldn’t be happier for him personally and his hard working team at home.

Rachael became the first female jockey to become the leading rider at the Cheltenham Festival, and whilst I much prefer to address Rachael as a top class jockey irrespective of gender – which she undoubtedly is – I do want to stress what a phenomenal role-model and inspiration she is to girls whom aspire to have a career in sport.

Rachael, whom is also the first female jockey to win the Champion Hurdle, displayed her mental strength, physical strength and brilliant tactical brain time-and-time-again over the four day festival – something that won’t come as a surprise to very many any more.

De Bromhead and Blackmore are undoubtedly a partnership whom strike fear into their opposition, and I hope they continue to flourish going forwards.

Thank you again for taking the time to read/follow this blog and I hope that you find it useful in some way or another.

Fingers crossed for another magical week in March 2022.

Stay safe and be lucky,

This is a text widget, which allows you to add text or HTML to your sidebar. You can use them to display text, links, images, HTML, or a combination of these. Edit them in the Widget section of the Customizer.
Loading Comments...
Comment
×
%d bloggers like this: